Among the different actions taken by the European Commission in the aftermath of the pandemic, the suspension of the fiscal rules may represent a change as big and as relevant as the much more acclaimed Next Generation EU. Several governments have already hinted that they don’t wish to go back to the same rules, once – in 2023 – the economic outlook recovers. Then, what is the way to go? Which rules need adapting?

What is the strategy to attain meaningful changes to the E(M)U economic governance?

FEPS intends to kick off a debate that is likely going to be with us for quite some time, as it touches the core of the EU’s economic integration and the level of trust between member states. It is a tough nut to crack! 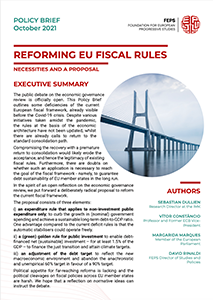 This Policy Brief outlines some deficiencies of the current European fiscal framework, already visible before the Covid-19 crisis. In the spirit of an open reflection on the economic governance review, we put forward a deliberately radical proposal to reform the current fiscal framework.

Changing the EU's fiscal rules - Dossier at the Progressive Post

Paolo Gentiloni, EU Commissioner for Economy, European Commission, and Joseph E. Stiglitz, Nobel Laureate and Professor at Columbia University - Visions for the recovery and progressive taxation for a post-COVID world

Ahead of the G20 Summit, which may reshape the way in which corporate tax works, and ahead of the new European Semester cycle, that embeds the Recovery and Resilience Facility, we make a point on these crucial crossroads that have the potential to redesign the European approach to public finances for the next decade. 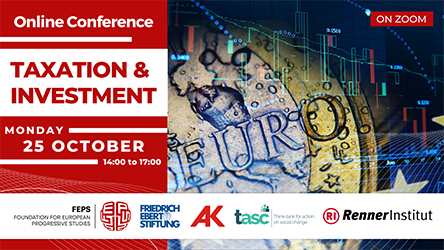