Roberto Gualtieri is FEPS' Progressive Person of the Year

The recently-elected mayor of Rome Roberto Gualtieri was named Progressive Person of the Year by the Foundation for European Progressive Studies (FEPS) during the Progressive Yearbook 2022 launch event, one of the flagship yearly publications of the Brussels-based think tank.

Roberto Gualtieri has been chosen among many prominent and successful political family members for his endeavour as former finance minister and MEP and for being "one of the architects of the progressive change in Italy".


2021 seemed to be a year when progressive politics in Europe turned a corner, with positive trends being observed. A key country in which this changing tide can be observed is Italy, where important municipal elections were held in autumn, with the centre-left making clear progress. Such results should not be underestimated given that the leading progressive party in Italy, the Democratic Party (PD), had experienced splits and been confronted first with a populist surge and then with various manifestations of far-right nationalism.

FEPS esteems that Mr Gualtieri "played a major role in fighting the Covid-19 recession in his country" while being in office as finance minister, and also that, in his years as MEP, he lead a constructive debate and policymaking process on critical issues like investment policy and fiscal rules, as well as Brexit.

Roberto Gualtieri is the third high-level personality of the progressive political family to be selected as Progressive Person of the Year. Before him, the current Vice-President of the European Commission, Frans Timmermans, and Sanna Marin, Prime Minister of Finland, were awarded this recognition.

More information about FEPS Progressive Yearbook at this link. 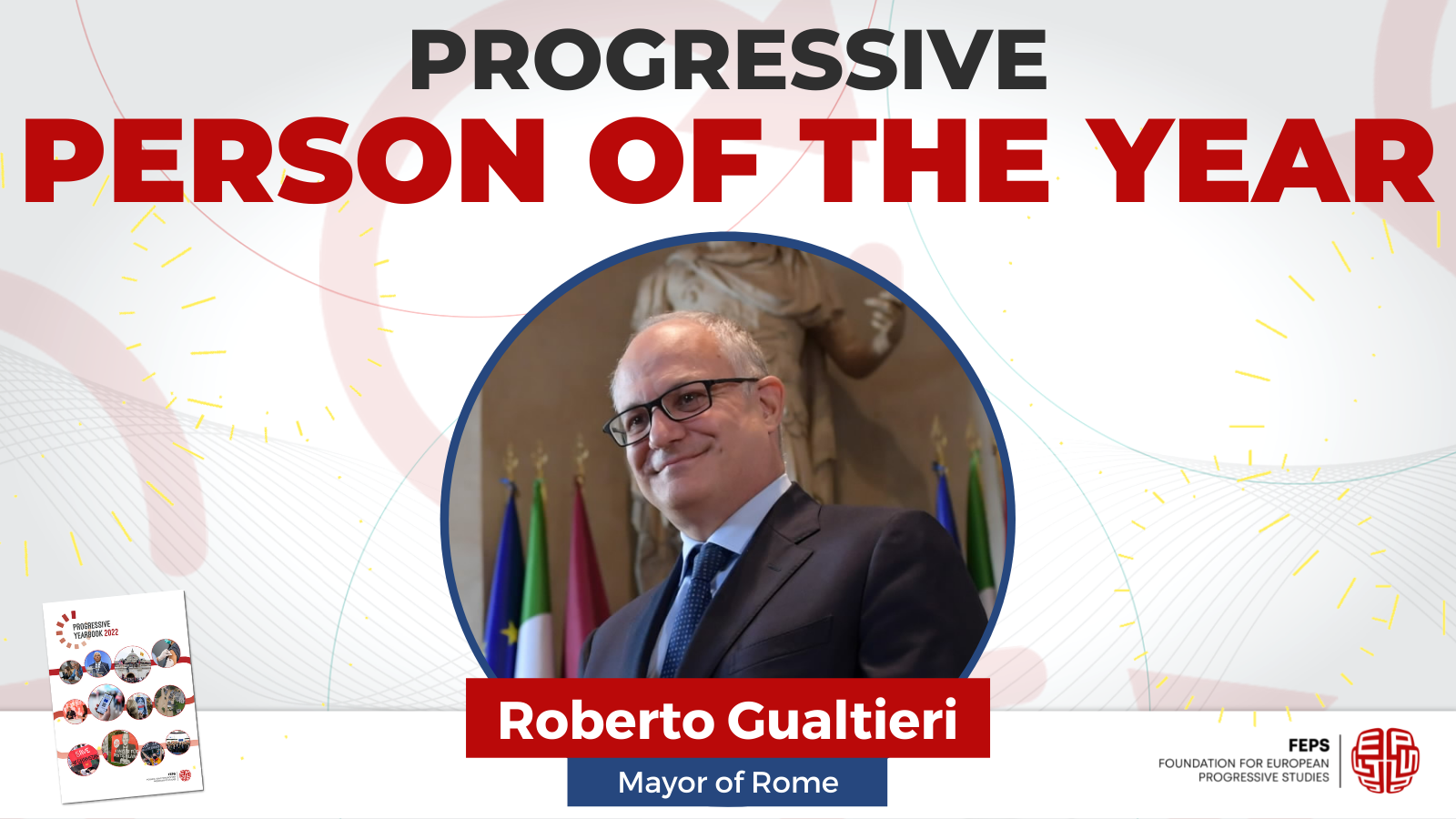